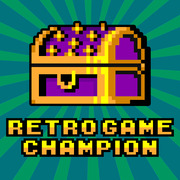 The Amiga CD32, styled "CD32" (code-named "Spellbound"), was the first 32-bit CD-ROM based video game console released in western Europe, Australia, Canada and Brazil. It was first announced at the Science Museum in London, United Kingdom on 16 July 1993, and was released in September of the same year. The CD32 is based on Commodore's Advanced Graphics Architecture chipset, and is of similar specification to the Amiga 1200 computer. Using 3rd-party devices, it is possible to...
favoritefavoritefavoritefavoritefavorite ( 3 reviews )

1984 - The Game of Economic Survival (1983)(Incentive Software)[a] Released 1984 Also For BBC Micro Published by Incentive Software Ltd. Gameplay Managerial / Business Simulation Genre Strategy/Tactics Description 1984: A Game of Government Management is a financial management game which gives you the chance to be the Chancellor of the Exchequer for the United Kingdom in the 1980s. Starting in 1984 with the real economy figures from 1982/83, you must try to survive in office for as long as...

Atic Atac (1983)(Ultimate Play The Game) Developed by Ashby Computers and Graphics Ltd. Released Dec, 1983 Also For BBC Micro Published by Ultimate - Play the Game Perspective Top-down Setting Fantasy Genre Action Gameplay Puzzle elements Visual Fixed / Flip-screen Description As the game begins, the player character falls through a trapdoor and ends up inside an evil castle with only one way to get out of it - find all the pieces of the great ACG key that unlocks the main door. Atic Atac is an...

The ZX Spectrum (pronounced /ˈzɛdˌɛks/ "Zed-Ex") is an 8-bit personal home computer released in the United Kingdom in 1982 by Sinclair Research Ltd. The machine was launched as the ZX Spectrum by Sinclair to highlight the machine's colour display, compared with the black-and-white of its predecessor, the ZX81. The Spectrum was ultimately released as eight different models; together they sold in excess of 5 million units worldwide (not counting numerous clones). The Spectrum was...

Jetpac (1983)(Ultimate Play The Game)[16K] Developed by Ashby Computers and Graphics Ltd. Released May, 1983 Also For BBC Micro, VIC-20 Published by Ultimate - Play the Game Perspective Side view Setting Sci-Fi / Futuristic Genre Action Gameplay Platform, Shooter Visual Fixed / Flip-screen Description Jetman has crash-landed on a distant planet, with ledges suspended in mid-air and populated by various nasties, and he must escape and find his way home. Your first task is to retrieve each of the...
favoritefavoritefavoritefavorite ( 1 reviews )

Games and entertainment software for the ZX Spectrum. The Internet Archive Software Library is a large collection of viewable and executable software titles, ranging from commercially released products to public domain and hobbyist programs. Using the JSMESS emulator, users can "boot up" an emulation of the given title and use it in their browser. More titles are added frequently, and users are encouraged to donate newly found floppy disk images and programs.

The Commodore 64, also known as the C64 or the CBM 64, is an 8-bit home computer introduced in January 1982 by Commodore International (first shown at the Consumer Electronics Show, in Las Vegas, January 7–10, 1982). It has been listed in the Guinness World Records as the highest-selling single computer model of all time, with independent estimates placing the number sold between 10 and 17 million units. Volume production started in early 1982, marketing in August for US$595 (equivalent to...

Started by Garrett "Mek" Dockery on August 20, 1999 out of his need to have screenshots for as many games as possible, the site was originally called Gamepics. On December 12, 1999 the first game scans were added to the site and they became so popular that by January 14, 2000 the sub-site Gamescans was online, followed quickly by merging off these two sites into the Video Game Museum, launching officially on January 26, 2000. In the following months and years after the merge, more...

From the MOCAGH.ORG site: "There are several "Video Game Museum" sites on the web, some much bigger and more elaborate than this one. So why have I decided to make this site? Aside from the obvious reason that I have too much spare time, this site offers something that no other site I have seen does, something invaluable to collectors. Being a collector myself for over fifteen years now, I always like to know if games in my collection are complete. While a few companies like...

This collection of commodore manuals, instructions, schematics and technical information comes courtesy of the army of anonymous scanners of bombjack.org - together, they comprise a major swath of the most prominent manuals related to Commodore equipment, software, and procedures.

This is a collection of magazines and newsletters based around gaming of all sorts: Arcade games, Computer Games, Console Games, as well as Board Games, Role-Playing Games, and any other sort of related entertainment. This collection consists of dozens of magazine runs, digitized from fading piles of older magazines by an army of anonymous contributors. In some cases, quality is variant, due to the rareness of the issues. Special thanks and recognition are given to sites bombjack.org,...

Books about the Commodore C64 computer and related models.

Zzap!64 was a computer games magazine covering games on the Commodore International series of computers, especially the Commodore 64 (C64). It was published in the UK by Newsfield Publications Ltd and later by Europress Impact. The magazine launched in April, with the cover date May 1985 as the sister magazine to CRASH. It focused on the C64 for much of its shelf life, but later incorporated Amiga game news and reviews. Like CRASH for the ZX Spectrum, it had a dedicated cult following amongst...

Your Sinclair Magazine Issues 01-94 (January 1986 - September 1993. Your Sinclair was the successor to Your Spectrum, and focused on entertainment more than its predecessor. There's still a fair amount of technical content though, especially in the early issues. Towards the end of the magazine's life, it went straight for the "yoof" market, and as the Spectrum declined so did the page count.

Sinclair User, often abbreviated SU, was a magazine dedicated to the Sinclair Research range of home computers, most specifically the ZX Spectrum. Initially published by ECC Publications, and later EMAP, it was published in the UK between 1982 and 1993, and was the longest running Sinclair-based magazine. Like many similar magazines, it contained news, game reviews, previews, tips, help guides, regular columns, readers' letters and cover-mounted game demos. In May 1992 the former rival...

A review of the best new games of the year. Games covered include In the First Degree, Buried in Time, Mech Warrior 2, ImagiNation Network, and Phantasmagoria. Plus a visit to Microsoft's Judgment Day, a conference for third-party game developers in Redmond, Washington. Originally broadcast in 1995. Copyright 1995 Stewart Cheifet Productions.
favoritefavoritefavoritefavorite ( 2 reviews )
Topics: games, mech warrior, phantasmagoria

Hosted by Stewart Cheifet, Computer Chronicles was the world's most popular television program on personal technology during the height of the personal computer revolution. It was broadcast for twenty years from 1983 - 2002. The program was seen on more than 300 television stations in the United States and in over 100 countries worldwide, with translations into French, Spanish, Chinese, and Arabic. The series had a weekly television broadcast audience of over two million viewers. The series has...
Topic: Moving Images

The Commodore 64 was the first computer for many families. This program looks at what you can do with the famous C-64. Demonstrations include The Wine Steward, Skate or Die, Strike Fleet, the Koala Pad, Master Composer, Tetris, and Berkeley Software's GEOS. Includes a visit to a Commodore Owners Users Group meeting and an interview with Max Toy, president of Commodore. Originally broadcast in 1988. Copyright 1988 Stewart Cheifet Productions.
favoritefavoritefavoritefavorite ( 17 reviews )
Topics: commodore, C-64, GEOS

The Emerson Arcadia 2001 is a second-generation 8-bit console released by Emerson Radio Corp in 1982 following the release of ColecoVision. It was discontinued only 18 months later, with a total of 35 games having been released. Emerson licensed the Arcadia 2001 to Bandai which released it in Japan, and over 30 Arcadia clones exist. The Arcadia is much smaller than its contemporary competitors and is powered by a standard 12-volt power supply so it can be used in a boat or a vehicle. This...

The Internet Archive Console Living Room harkens back to the revolution of the change in the hearth of the home, when the fireplace and later television were transformed by gaming consoles into a center of videogame entertainment. Connected via strange adapters and relying on the television's speaker to put out beeps and boops, these games were resplendent with simple graphics and simpler rules. The home console market is credited with slowly shifting attention from the arcade craze of the...